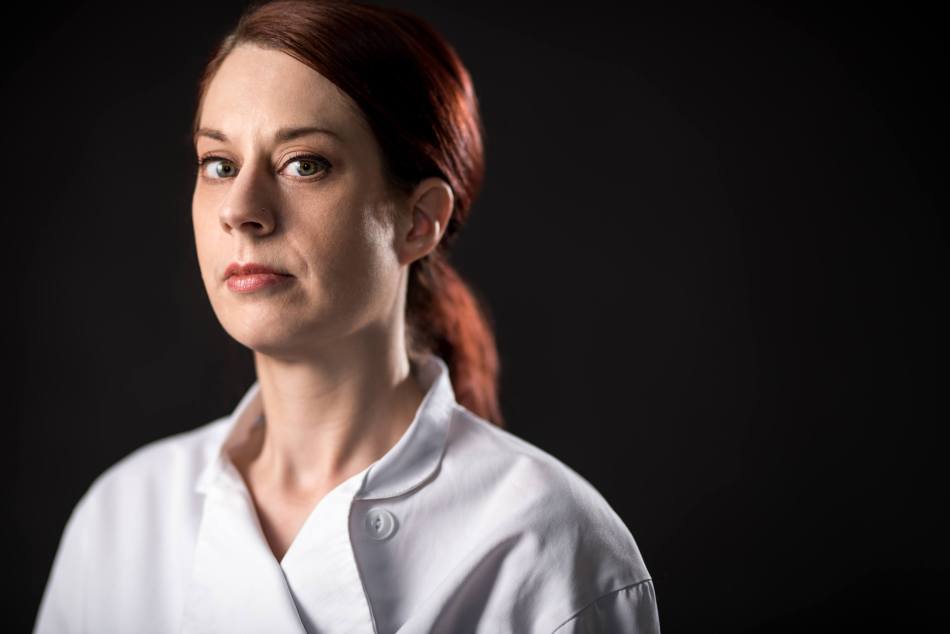 Plum cake? Yes. Eclairs? Check. This week’s episode of the flick & feast podcast has it all!

Cora James truly lives a food lover’s dream. She’s the Executive Pastry Chef at Toronto’s Mamakas Taverna (which is fantastic, by the way) and Agora by Mamakas, and she’s also a pastry and baking instructor for George Brown College’s Continuing Education Programme.

But from October to April/May, Cora wears another hat. She’s the curator and creative vision behind the “Food in Film” series at the Revue Cinema. The perfect guest for flick & feast!

From Moonstruck to Jackie Chan, from Willy Wonka to Pedro Almodovar, the series features a film for every taste. What makes it particularly fun is that Cora lines up a local restaurant to create a dish inspired by the movie being screened.

On this week’s show, hear all about “Food in Film” and Cora’s thoughts on food as a universal language that directors use to convey meaning in films.

Feeling peckish and want to watch a movie? Cora has some has delicious food and film suggestions for you!

(Note: We had a few technical problems recording the episode and Cora graciously hung in there while we figured it out. She sounds great, but my audio is distorted. My apologies.)

Visit a farmers’ market and pick up some in season plums. Then, bake a plum cake before heading out to watch Amélie (2001), screening in 35 mm at The Royal Cinema on July 8 and 15.

Staying in? Cue up Scorsese’s Alice Doesn’t Live Here Anymore (1974) on YouTube or Google Play and get UberEats to pick you up something from your favourite diner. (Note – in the podcast we mention this is on Netflix, but it doesn’t seem to live there anymore.)

Watch Simply Irresistible (1999) on iTunes while eating eclairs from Nugateau.