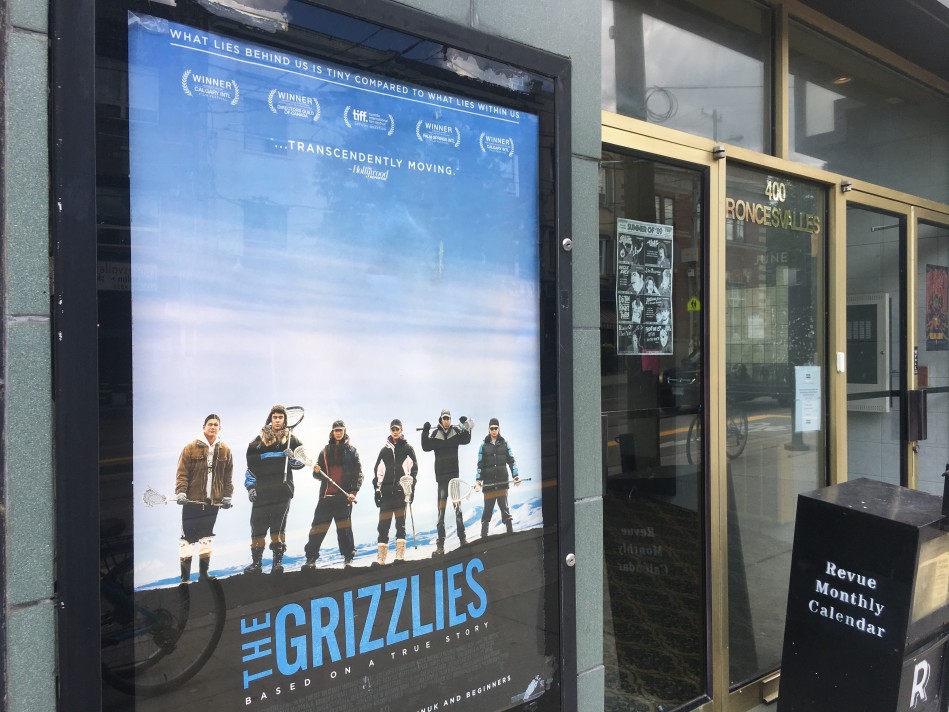 In the northern territory of Nunavut, suicide is responsible for approximately 117 out of every 100,000 deaths. The rest of Canada averages around 11 suicides out of 100,000 deaths. Even more concerning is that young Inuit men between the ages of 15 and 29 take their lives almost 40 times more than the national average.

The Grizzlies, a Canadian film which just left theatres and is very much worth a watch when it shows up on streaming platforms, takes a look at the experiences of a group of Inuit youth and explores some of the reasons why so many may choose to end their lives.

Based on a true story, the film is about finding something to give meaning and hope in a land with few opportunities, rampant substance abuse and domestic violence, and too many broken promises.

Directed by Canadian first timer Miranda de Pencier and showcasing the talents of an indigenous cast and production crew – including people from Nunavut – the story centres around Russ Shepherd (Ben Schnetzer), a young man from “the south” who arrives to teach history at a Nunavut high school. His mission is to put in his time and eventually secure a gig somewhere more temperate.

At first, I had that “oh no, not another white saviour story” feeling churning in my stomach, but the film goes a long way in flipping the tale and turning the cocky teacher into a humble student.

Russ immediately encounters hostility, apathy, absenteeism and violence while just trying to do the job. As he becomes drawn into the lives of his students and sees some of the challenges they face, he begins to realize that this is not something he is remotely qualified to deal with. He gives some bad advice and makes some bad choices.

The teacher begins to right the ship of despair when he introduces the young people to the sport of lacrosse out of desperation. Having something to focus on, get excited about and bond over serves as a form of therapy for the traumatized students. They make progress towards healing themselves, but they also awaken the pride of their community.

What works and what doesn’t

I really liked this film. The story is extremely powerful and the way it unfolds is solid. From the opening credits, which feature real images of indigenous children in residential schools, to the spectacular scenery captured in arresting visuals, it conveys both beautiful and painful aspects of the indigenous experience. The performances are also strong, with Emerald MacDonald, Ricky Marty-Pahtaykan and Booboo Stewart as standouts.

There were things I thought could have been improved in the film. I found the editing to be a bit off, with too much coverage used, too many manipulative close ups, and pacing that seemed too rushed. I would have preferred the story to have played out with fewer cuts and less camera movement, in general. I was also not a big fan of the many slow motion montages, set to intrusive music. A quieter approach and some more space would do great things here.

The Grizzlies toured the festival circuit last year and was featured in the 2018 Toronto International Film Festival‘s Special Presentations program.

I caught a matinee at the historic Revue Cinema, a community theatre in Roncesvalles Village that prides itself on its eclectic film program. Check it out!

What to eat with “The Grizzlies”

As this is a film AND food blog, I should probably close with a pairing suggestion. When you watch this on demand or online, you should definitely enjoy it with some beef carpaccio or tartare. Trust me.